For International Albinism Awareness Day, we want to share Victoria’s story. Victoria was born in 1993 in Hombolo Village, Chamwino District, Tanzania; the youngest in a family of four children born with albinism. Her two older brothers passed away due to skin cancer.

Tanzania has one of the highest rates of albinism globally, with 1 in 1,429 live births being albino. Albinism is a genetic disorder characterized by lack of pigmentation in eyes, hair, and skin. Persons with albinism (PWAs) are more vulnerable to the sun and therefore face an increased risk of skin cancer (about 1,000 times more likely than non-PWAs), especially in a region like sub-Saharan Africa.

The average life expectancy for PWAs in Tanzania is 30 years of age. For most persons with albinism in Tanzania, sunscreen not just a luxury, but a necessity.

This vulnerability is exacerbated by lack of information, stigma and limited access to skin protection.

Since the start of the COVID-19 outbreak last year, finding sunscreen lotion has become a challenge in Tanzania for persons with albinism (PWAs) like Victoria who often have to decide between food for the day or life-saving sunscreen. In Tanzania, one tube of sunscreen lotion is sold for $35,000 Tanzania shillings, the equivalent of $18 CAD.

In partnership with ADRA, HPIC is participating in the Early Skin Cancer Awareness, Prevention and Engagement (ESCAPE) Project in six rural and vulnerable regions in Tanzania: Arusha, Tanga, Morogoro, Dar es Salaam, Dodoma and Singida to distribute sunscreens, engage communities in a public awareness campaign and work with local dermatologists and public health agencies to identify and treat early skin cancer in PWAs.

Through the ESCAPE Project, HPIC will provide 4,600 PWAs across the country with at least three tubes of Aveeno SPF 60 sunscreen in the six targeted regions. Beyond the gift-in-kind donation, the ESCAPE Project also fosters long-term improvements for PWAs in the six regions by working with local partners to increase awareness of skin cancer and prevention for 10,000 PWAs through media outreach, and to improve access to skin cancer screening, treatment and referral services for 1,000 PWAs through the use of mobile clinics.

“I do not have enough words to thank you for this great gift to me and my fellow People with Albinism. Being able to come to the mobile clinic and receiving sunscreen lotions at the same time is a such a blessing. We had a sunscreen shortage for many months but finally here we are with sunscreen lotions again, no more smearing cooking oil on our skin. Please do not stop here, continue to help PWAs so that they can be safe from sun rays.”

HPIC is proud to be part of the ESCAPE Project with ADRA and remains committed to helping Persons with Albinism like Victoria have continued access to life-saving sunscreen and health care. 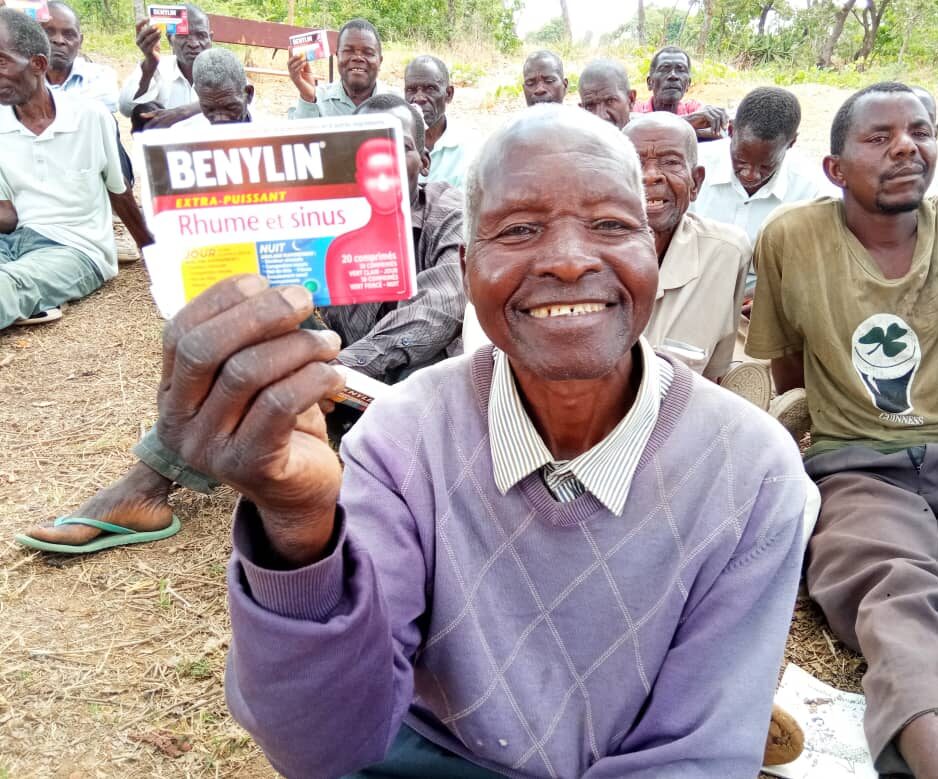 How access to healthcare and medicine keeps people out of poverty

Jacob Hamwendo is a domestic labourer living in Mtendere township in Zambia. At the peak of the COVID-19 pandemic in…

Many factors cause people to migrate, and while some do so voluntarily, many are forced out of their homes and…

Today, HPIC celebrates a remarkable partnership. For many years, @Apotex has walked with HPIC in its mission to continue to…